Don’t miss out on design patterns

When we’re talking about programming, there is no need to reinvent the wheel when we can follow well-known recipes. There’s where design patterns come in.

Design patterns are established and reusable solutions to address specific problems in a particular context. And the reality is that you probably used design patterns at some point without knowing it!

Design patterns can be creational, structural, or behavioral and can apply to classes or objects. Below you can find a list of several design patterns you can use when writing your code. 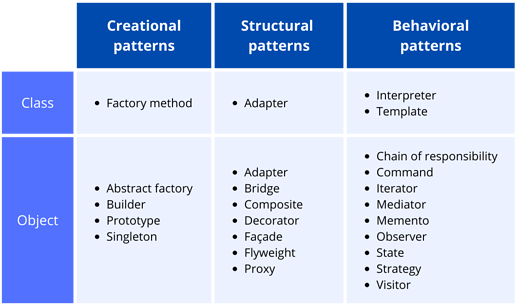 Yes, there are a lot of design patterns! Let’s see 2 of those patterns in more detail.

Singleton is one of the most common design patterns. The goal of Singleton is to ensure that only one instance of a class is created and provide a global access point to the object.

With Singleton, a new instance of a class will be created if none exists already. Otherwise, it returns the already created instance.

The goal of Façade is to provide a unified interface to a set of interfaces in a subsystem. This design pattern defines a higher-level interface that makes the subsystem easier to use. In a nutshell, you’re wrapping up a complicated subsystem with a simpler interface.

Façade got its name as a metaphor for real-world architecture, where it imitates the visible front of a building. You only see what is visible at the front – the façade of the building – but you don’t get to see what’s inside.

This is just a starting point; you can explore all the patterns and see their implementation. So if you want to go deeper into design patterns, you can start by reading the book Design Patterns: Elements of Reusable Object-Oriented Software by Erich Gamma, Richard Helm, Ralph Johnson, and John Vlissides. 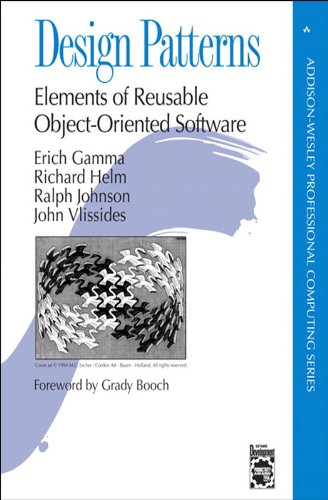 Is there any design pattern that you use regularly? Let us know